The blameless spend their days under the LORD'S care . . .
In times of disaster they will not wither; in days of famine they will have plenty.
Psalm 37:18-19 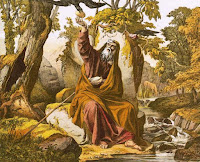 The coronavirus continues to take thousands of lives but there is, perhaps, an even more deadly scourge that is now plaguing our land--"hopelessness."
Because of the shutdown of the economy and the ensuing loss of millions of jobs, suicides, alcohol abuse, drug abuse, and domestic violence are all on the rise. The stress of being without income and unable to pay the bills is putting many thousands over the edge.
Many find themselves ensnared in pits of despair and hopelessness with seemingly no way out. CBS News recently reported a study that estimated that 75,000 Americans will die of what they called “deaths of despair.”
Sue and I believe that God showed us in 2001 that there will be a collapse of the world economy. I do not believe that this downturn is the fulfillment of that vision, but that is not the point here. At that time God showed us that out of the rubble of economic collapse, His providential provision would arise for His people, and that is my point in this article.
This providential provision and blessing I call “the opening of the windows of heaven.” Many years ago, God spoke to me with great clarity about this “opening of the windows of heaven” and it has been an incredible source of hope and strength ever since.
God Gives Me a Promise 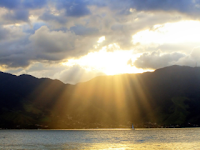 Dr. Eddie Hyatt is the co-founder and president of Hyatt Int'l Ministries with a vision to see the church transformed and the world impacted by Biblical Reformation and Spiritual Awakening. His books are available from Amazon and his website at www.eddiehyatt.com. His latest book, 1726: The Year that Defined America, documents the impact of the First Great Awakening on the founding of the United States and the ending of slavery on the American continent.