GOD SEEKS WEAK VESSELS THROUGH WHICH TO DEMONSTRATE HIS POWER 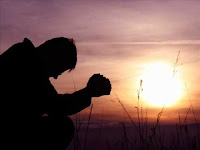 Dr. Eddie Hyatt is the author of numerous books on Spiritual awakening and the founder of the "1726 Project" dedicated to reconnecting America with her Christian roots in the Great Awakening. His books can be found at Amazon and his website at www.eddiehyatt.com.