WHEN BEING A "CHRISTIAN" IS NOT ENOUGH

When Jesus sent out His disciples to preach the Good News, He did not did not tell them to make people into Baptists, Presbyterians, Catholics or Assemblies of God. He did not tell them to make church members. They were, instead, to go and make disciples (Matthew 28:18-20).
It is easy to become a church member. It is not so easy to become a disciple. A “disciple” is a committed learner and follower. Absolute commitment is required of a disciple. In Luke 14:33 Jesus said, So likewise, whoever of you does not forsake all that He has cannot be My disciple.
No Disciples of Peter, Paul, Joseph or Benny
In first century Judaism, each rabbi had their own disciples who were committed to sit at their feet and learn. There were disciples of Hillel and disciples of Shammai. Paul had been a disciple of the famous rabbi, Gamaliel. Even John the Baptist had his own disciples.
In the New Testament church, however, we do not find disciples of Peter, John or Paul. We only find disciples of the Lord. The apostles all understood that their commission was not to call people to themselves. They were to call people to Jesus, and help them become His disciples.
In Acts 20:29-30 Paul warned the elders of the church of Ephesus how that after his departure false teachers would arise in their midst. A characteristic of these false teachers would be their attempts, to draw away the disciples after themselves. We are not to draw disciples after ourselves; we are to draw them to Jesus.
Interestingly, neither Jesus or Paul ever used the word “Christian.” In fact, it is found only twice in the entire New Testament. Acts 11:26 reveals that “Christian” was a word first used by outsiders in referring to the disciples of the Lord, because their lives were so centered on Christ. It reads, And the disciples were first called Christians in Antioch.
Accepting the Christian Religion is Not Enough 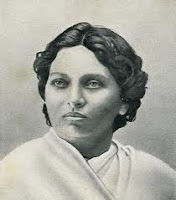 Pandita Ramabai, the Mother of the Pentecostal Movement in India, was raised a devout Hindu. While studying in England she converted to Christianity and became a member of the Church of England.
But according to her own testimony, she later realized that she had not been converted to Christ, but had only changed her religion. She had accepted the Christian religion with its outward, traditional forms, but had not become a disciple of Christ.
It was after she became a true disciple of Jesus that God used her to ignite a great revival that included signs, wonders and speaking in tongues. This revival, that began in the orphanage she founded in the city of Kadegaon, began one year before the Azusa Street Revival in Los Angeles.
News of the revival spread. American missionaries told of visiting this revival and hearing young, illiterate Indian girls worshipping Jesus in fluent English. As news of the revival increased, it became a great impetus for people in many parts of the world to pray that God would send such a revival to their locality.
Discipleship in the Great Awakening

In my book, Pilgrims and Patriots, I document how America’s First Great Awakening was characterized by a call to discipleship, even if they did not use the term. The preachers of the Awakening called on the masses of colonial American to get rid of the “faulty foundations” on which they had built their faith and turn completely to Jesus.
The “faulty foundations” included church membership, social status, family pedigree, cultural refinement and good deeds. In place of these, they called on the people to take Jesus Christ as their only sure foundation and become His disciples.
This emphasis led to a Christ-centered unity among the various ethnic and denominational groups scattered throughout the colonies. In fact, a British-appointed governor, Jonathan Trumbull, wrote to England and said, “If you ask an American who is his master, he will tell you he has none, nor any governor but Jesus Christ” (Hyatt, Pilgrims and Patriots, 119).
The Great Awakening thus prepared the American colonists for Independence by breaking down the ethnic and doctrinal barriers through its emphasis on the preeminence of Jesus Christ. The late Harvard professor, Perry Miller, said, “The Declaration of Independence of 1776 was a direct result of the preaching of the evangelists of the Great Awakening” (Hyatt, Pilgrims and Patriots, 108).
Concluding Thought
The church today is a mission field populated with people who have become “Christians” but have never been truly converted to Christ. Yes, there are Christians who are also disciples. But there are many, like Pandita Ramabai, who have accepted the Christian religion but have never been truly converted to Christ.
The church must be awakened with the true Gospel message that is centered in Christ and His call to discipleship. Only then will genuine revival and Spiritual awakening once again visit this land.
This article is derived in part from Dr. Eddie Hyatt's book, Pilgrims and Patriots, available from Amazon and his website at www.eddiehyatt.com. Visit his website to find other books he has written and to read about his passion and vision for another Great Awakening in America and around the world.
Posted by Eddie Hyatt at 1:29 PM