A THREE-WORD PRAYER THAT WILL CHANGE YOUR DESTINY

Facing a life-shattering crisis, my father raised his hand to heaven and prayed a three-word prayer. The prayer was hardly out of his mouth when something incredible happened. My seven year old brother, just given up to die by three doctors, was miraculously healed and our family’s destiny was forever changed.
Tragedy Strikes 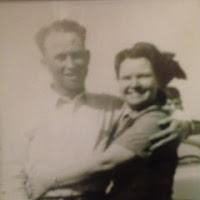 It was a hot summer day in June and my father was plowing mile-long swaths of west Texas farmland. A cloud of dust followed him as the plows turned up the dry earth. The occasional tumbleweed would cross his path, whipped along by the west Texas wind. It seemed like so many other days--until tragedy struck.
He glanced toward the house in which we lived and noticed a tractor, that had been parked in the yard by a coworker, going aimlessly in circles. Knowing something was not right, he turned his tractor toward home.
He arrived to find my mother sitting on the porch sobbing over my seven-year old brother, Pete, whom she was holding on her lap. My Dad said that when he looked at Pete, he appeared flat as a pancake. He also noticed that Pete was breathing, but with every breath blood and water bubbled from his eyes, nose, mouth and ears.
Pete and my four year old brother, Belve, had been playing like they were farming. Pete helped Belve climb onto the tractor seat and he gave a yank on the crank on the front of the tractor. It started and ran over Pete, crushing him.
My Dad carefully lifted Pete from my mother’s arms, laid him in the back seat of the car and rushed to the nearest hospital in the small town of Memphis, TX. Three doctors looked at Pete and all agreed, “He has a broken rib that has punctured a lung, which explains the blood coming out of all of his passages.” They also agreed that Pete would probably not live more than another 10 minutes.
A Defining Moment
The doctors wheeled Pete away for x-rays and to do whatever they could for him, and my Dad was left alone in that small hospital waiting room. As he stood there with a heavy heart, there was one thing that filled his mind. For five years he had been disobedient to God’s call on his life.
For five years he had experienced a growing sense that God had called him to full-time ministry. However, with only a fourth-grade education and a young family to care for, it seemed beyond impossible and he told no one of his experience.
But now, facing this crisis, he stepped into a restroom, raised his right hand to heaven, and said, “Lord, I’m ready!” That was it. Just three words. Suddenly, all fear and anxiety left his heart and he had an internal knowing that Pete was going to be okay.
He stepped out of the restroom and had to wait for an hour before anyone came with any news of Pete. But all during this time, his heart was at rest. He knew that Pete was okay. The gift of faith had obviously been given to him for that situation.
A Higher Power & A Defining Moment
Finally, one of the doctors emerged and said, “Mr. Hyatt, there has been a higher power here tonight.” He went on to explain that they knew that Pete had a fractured rib that had punctured a lung. “But we have just completed the x-rays,” he said, “The bleeding has stopped and he doesn’t have a broken bone in his body.”
A nurse who attended Pete during his brief stay in the hospital, attended the same church as my parents. She stood in a church service and testified that she had never experienced the power God as she did when she was in Pete’s room that day.
I was three weeks old at the time and that was a defining moment in the life of my family. That prayer not only produced a miraculous healing but it changed my Dad’s destiny. Through another miracle, he left the farm and he went on to pastor Assemblies of God churches for over 35 years.
His prayer of consecration that day changed many other lives as well. I am certain that I would not have written books, lectured at Oxford University and preached the gospel all over the world if it had not been for that three-word prayer. It was truly a game-changer, or we might say, “a destiny-changer.”
You Can Change Your Destiny
During a recent time of prayer, it occurred to me that if Christians across America prayed this same prayer in sincerity and truth, it would change the course of their lives, their churches and their nation.
The key to the power of my Dad’s prayer was that it was a prayer of total consecration. It was a prayer of unconditional surrender. He waved the white flag and gave everything over to God.
We may barter and make deals in our human relationships, but when it comes to God, He demands total consecration. As Jesus said in Luke 14:26-27, If anyone comes to Me and does not hate [by comparison] his father and mother, wife and children, brothers and sisters, yes, and his own life also, he cannot be My disciple.
Yes, God demands absolute surrender on our part. And why shouldn’t He? He is the wisest and most benevolent Being in the universe and only He knows what is best for us, His creation. To allow us any other option, would not be love.
Are you ready to give it all to God? Raise your right hand and from the depths of your being, say to Him, “LORD, I’M READY!”

Dr. Eddie L. Hyatt is an author, Bible teacher and ordained minister. His books on revival, women and church are available from Amazon and his website at www.eddiehyatt.com. He and his wife, Dr. Susan Hyatt, are establishing the Int'l Christian Women's Hall of Fame and Ministry Center in Grapevine, TX.  For more info. on the Hall of Fame, go to https://www.gwtwchristianwomenshalloffame.com/
Posted by Eddie Hyatt at 2:12 PM