THE VIRGIN BIRTH DOCUMENTED BY A PHYSICIAN AND WORLD-CLASS HISTORIAN 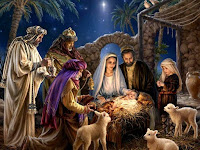 The supernatural, Virgin Birth of Jesus Christ was documented by a physician and world-class historian. Luke, whom Paul calls “the beloved physician” in Colossians 4:14, spent extended periods of time with Paul in Jerusalem and Judea and would have had the opportunity to interview those who were closest to the event, including Mary herself.
At the beginning of his Gospel, Luke states that he has "fully investigated" the things about which he is writing, including the Virgin Birth. This investigation included his utilization of eyewitness accounts of the events described.
Of all the Gospels, Luke gives the most detailed account of the Nativity and mentions Mary 12 times, more than any other biblical writer. In addition to the birth of Christ, he also gives special, detailed attention to the birth of John the Baptist and many see his gynecological interests to be a result of his training as a physician.
There is no reliable information on how long Mary lived, but some traditions say she lived as much as 24 years or longer after the resurrection of Christ. The detail Luke presents does indicate that he has derived his information from a primary source, either Mary herself or someone to whom Mary had relayed the intimate details of the event.
Luke Confirmed as a Historian
At one time, it was thought that Luke was mistaken concerning the events he portrayed surrounding the birth of Christ (Luke 2:1-5). Critics argued that there was no census and that everyone did not have to return to their ancestral home. They also pointed out that Josephus had dated the governorship of Quirinius of Syria, whom Luke mentions, as beginning in A.D. 6, too late for the birth of Christ.
In every case, however, modern archaeological discoveries have proven the critics to be wrong. In the case of Quirinius, it was found that he served two separate terms as governor, the first beginning around 7 B.C., which fits perfectly with the time of Christ's birth. The late F. F. Bruce, one of the most respected of New Testament scholars, noted that where Luke has been suspected of inaccuracy by modern critics, archaeology has again and again proved Luke to be right and the critics wrong.
The accuracy of Luke as a historian was confirmed by the famous historian, A.N. Sherwin-White, who carefully examined his references in Luke/Acts to 32 countries, 54 cities, and nine islands, finding not a single mistake.
Luke Affirmed by Modern Archaeology.
Luke's status as a world-class historian, accurate in even the smallest details, has been brought to light by modern archaeology. For example, Sir William Ramsay, considered one of the greatest archaeologists of all time, originally thought he would scientifically discredit Luke's accounts by visiting and examining the places mentioned in his Gospel and Acts.
Ramsay was a product of the skeptical, German higher criticism of the 19th century and he taught that the New Testament is an unreliable religious treatise written in the mid-second century by individuals far removed from the events described. However, after spending years retracing Luke's account of Paul's travels and doing archaeological excavations along the way, Ramsay completely reversed his view of the Bible and first-century history.
Ramsay became convinced that Acts was written in the first century by the traditional author, and he acquired a very high regard for Luke as a historian. He wrote,
Luke is a historian of the first rank; not merely are his statements of fact trustworthy, he is possessed of the true historic sense; in short, this author should be placed along with the greatest of historians.
In 1896, Ramsay began publishing his discoveries in a book entitled St. Paul the Traveler and the Roman Citizen. The book caused a furor of dismay among the skeptics of the world, for its affirmation of the biblical record was totally unexpected. The evidence was, in fact, so overwhelming that many atheists gave up their atheism and embraced Christianity.
Over the next 20 years, Ramsay published other volumes showing how he discovered Luke to be accurate in the tiniest details of his account. In his book, The Bearing of Recent Discovery on the Trustworthiness of the New Testament, he wrote, "You may press the words of Luke in a degree beyond any other historian's and they stand the keenest scrutiny and the hardest treatment."

The noted New Testament and Greek scholar, Professor John A. Scott, reminded the skeptics of his day of Luke's training as a physician and his reputation as a historian. To those critics who claimed the story of the Virgin Birth was a hoax, Scott declared, "You could not fool Doctor Luke."
Unbelief is an Issue of the Heart
The above facts beg the question; If Luke was this careful to get his facts right concerning places, events, dates, and names, can we not expect that he showed the same care when investiagting the more important matters of his accounts, such as the Virgin Birth? The answer is a resounding "Yes!"

This means that the Christian faith is not based on myths and legends like other religions. The story of Christianity is historically verifiable. Peter spoke of this in his Second Epistle when he wrote, For we did not follow cleverly devised stories when we told you about the coming of our Lord Jesus Christ in power, but we were eyewitnesses of His majesty (II Peter 1:16).
This means that believing in Jesus and His miraculous birth does not require the so-called "blind leap of faith." It is, instead, an informed and reasonable step of faith based on historical facts.

So, the barrier to faith is not an intellectual one, but a heart that is hardened in unbelief because of egoism and pride. Any honest seeker who will lay aside their biased presuppositions and consider the historical evidence will also experience the affirming witness of the Holy Spirit in their heart and will know that Jesus Christ was truly born of a virgin. And if that part of the story is true, then we can have confidence that the rest of the story is true as well.
This article was derived from the book, Christmas is for Real: Historical Evidence for the VirginBirth of Jesus Christ, available from Amazon and his website at www.eddiehyatt.com. Dr. Hyatt is also the author of the just-published book, 1726: The Year that Defined America, in which he documents how the Great Awakening in Colonial America had a direct bearing on both the founding of the United States and the ending of slavery on this continent. He has founded the “1726 Project” to spread across the land this message of what really defined America.