JEWISH RABBIS CLARIFY THE MEANING OF "HELP MEET" IN GENESIS 2:18 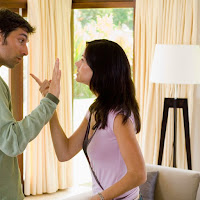 A few years ago, at a wedding reception in Ontario, Canada, Sue and I were seated with a Jewish businessman and his wife who are quite orthodox in their faith and fluent in Hebrew. We had a great time discussing Scripture and I decided to ask them a question concerning what I had read in the Chumash, a well-known Jewish commentary, about the expression ezer neged in Genesis 2:18. This phrase is translated “help meet” in the KJV and “helper comparable” in the NKJV.
Edited by Rabbis Nosson Scherman and Meir Zlotowitz, the Chumash provides commentary on the Torah by Jewish rabbis and teachers, both ancient and modern, and is widely used in Jewish homes and synagogues.  Written by people for whom Hebrew is their native tongue, the Chumash says neged literally means “against,” and that God literally said he would make the man a helper “against” him. The Chumash commentators go on to say:
Many have noted that the ideal marriage is not necessarily one of total agreement in all matters. Often it is the wife’s responsibility to oppose her husband and prevent him from acting rashly, or to help him achieve a common course by questioning, criticizing, and discussing. Thus the verse means literally that there are times a wife can best be a helper by being against him (Hyatt, Who’s the Boss?, 25).
I told the couple with whom we were seated about this reading in the Chumash and asked their opinion. They were familiar with the Chumash and confirmed that the word, indeed, means “against.”
I then recalled how, in my own studies in Genesis, I had learned that the Hebrew word translated “helper” in Genesis 2:18 is ‘ezer (ay’-zer) and has no connotations of a secondary status, as does the English word “helper.” The word ‘ezer (ay’-zer) occurs 17 times in the Old Testament, and 14 of those 17, it is used of God being the helper of humanity.
Psalm 33:20, for example, reads, Our soul waits for the LORD; He is our help and our shield. The word translated “help” in this passage is ezer, the same word that is used of the woman in Genesis 2:18. Strong’s Concordance defines the word as meaning “to surround, protect or aid.”
Through all of this, it was becoming very clear that the “helper” God creates in Genesis 2:18 is not a mild, meek, yes-dear sort of person who never challenges or expresses an opinion. I was beginning to see the truth of the Chumash that the helper God was making was a strong and equal individual who has both the right and the responsibility, when called for, to confront her husband as an equal partner.

Yes, our marriages must consist primarily of mutual love, support, and encouragement. But because we are all fallible and prone to shortcomings, there are times that we need to be confronted by the person closest to us, which should be our spouse. Tradition has given this right to the husband, but not to the wife.
The Bible, however, is clear on this matter. As the man's ezer neged, the wife has both the right and the responsibility to confront her husband when necessary. In doing so, she is fulfilling her role as "helper" spoken of in Genesis 2:18.

This article is derived from Dr. Eddie Hyatt’s latest book, Who’s the Boss?, available from Amazon in both kindle and paperback. To learn more of Eddie’s ministry and vision, visit his website at www.eddiehyatt.com.