DID PAUL SEND GREETINGS TO A FEMALE APOSTLE IN ROME?

In his letter to the church at Rome, Paul sends personal greetings to twenty-four people in the final chapter of the letter. These individuals are friends and coworkers who are dear to his heart. Of the twenty-four mentioned by name, ten are women. Many of these women obviously functioned in roles of leadership in the churches.
One woman named “Junia” is specifically referred to as an apostle. In Rom. 16:7 Paul says, Greet Andronicus and Junia, my countrymen and my fellow prisoners, who are of note among the apostles who also were in Christ before me.
“Junia” is a feminine name and was universally recognized as a female apostle for the first several centuries of the Church’s existence. The famous church father of the fifth century, John Chrysostom, exclaimed, "Oh how great is the devotion of this woman, that she should be even counted worthy of the appellation of apostle" (Hyatt, Paul, Women andChurch, 25).
Concerned by the presence of a female apostle, some have attempted to argue that the name should be translated “Junias,” which is male. There are insurmountable facts, however, that militate against this argument.
First of all, without exception, all ancient Greek manuscripts have the feminine form of “Junia,” not “Junias.” Secondly, the female name “Junia” was quite common in the first century whereas the male name, “Junias,” is unknown. “Junias,” therefore, is a hypothetical name. Thirdly, as mentioned above, “Junia” was universally recognized as a female apostle for the first several centuries of the Church’s existence.
The manuscript and historical evidence are so overwhelming that all of the early English Bibles have the feminine form of “Junia.” These include the Tyndale New Testament, the Coverdale Bible, the Geneva Bible and the King James Version.
Why then have some modern translations, such as the 1984 NIV, the NAS, the ESV and the Message Bible, rendered the name “Junias” instead of “Junia?” Dr. N. Clayton Croy, Professor of New Testament at Trinity Lutheran Seminary in Columbus, Ohio, says, “It is hard to see any reason other than the translators’ bias against the possibility that a woman could be an apostle” (Hyatt, Paul, Women and Church, 25).
Well-known New Testament scholar, James G. D. Dunn, agrees that "Junias" is a product of translator bias. He says, “The assumption that the name must be male is a striking indictment of male presumption regarding the character and structure of earliest Christianity” (Hyatt, Paul, Women and Church, 25-26).
The evidence is conclusive that Junia was a female apostle and recognized as such by Paul himself. The evidence is so conclusive, in fact, that the 2011 edition of the NIV has replaced the word “Junias” with “Junia.”
Paul’s recognition of Junia as an apostle clearly demonstrates that he was no misogynist and that women exercised leadership roles in the New Testament churches. But she is not alone, for a careful perusal of Scripture reveals other women who functioned in leadership roles in the New Testament.

This article is derived from Dr. Eddie Hyatt's latest book, Paul, Women and Church, available from Amazon and his website at www.eddiehyatt.com. To read about the Int'l Christian Women's Hall of Fame that Eddie Hyatt and his wife, Dr. Susan Hyatt, are establishing in Grapevine, TX, go to https://www.gwtwchristianwomenshalloffame.com/ 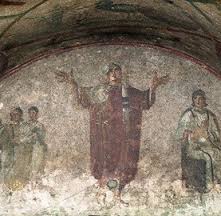