COMPELLING HISTORICAL EVIDENCE FOR THE VIRGIN BIRTH OF JESUS CHRIST

Believing in Jesus Christ and His miraculous birth does not require the so-called “blind leap of faith.” In fact, there is as much evidence for the virgin birth of Christ as any event of ancient history. Here are 5 compelling reasons for believing the Gospel story, that Jesus Christ was supernaturally born of a virgin.
1. Documented by a physician and world-class historian
2. Modern archaeology affirms it
3. An agnostic professor of mythology is convinced
4. Old Testament prophets predicted it centuries in advance
5. The earliest Christians believed it universally
1. Documented by a physician & world-class historian

Lewis challenged these theologians, saying, "I would like to know how many myths these people have read!" He went on to explain that he had been a long-time professor and critic of mythological literature and knew how a myth sounded and felt. "And the gospel story," he said, "is not myth!"
4. Predicted centuries in advance by OT prophets
Genesis 3:15 reads, I will put enmity between you and the woman, and between your offspring and her offspring; he will bruise your head, and you will bruise his heel.
These words were spoken by God to the serpent after the fall of our first parents. The "seed of the woman" in this passage is an allusion to a future descendant of Eve who will defeat the serpent and reverse the curse brought on by his deception.
The Bible normally speaks of the seed of men, but in this case it is the "seed of the woman." This is a prophecy that clearly anticipates the future virgin birth of Christ—a birth in which the seed of a man is not involved. The beloved Methodist theologian, Adam Clarke, wrote in The Holy Bible Containing the Old and New Testaments with a Commentary and Critical Notes, "The seed of the woman is to come by the woman, and her alone without the concurrence of man."
According to this prophecy, the "seed of the woman" will receive a temporary wound from Satan—"you will bruise His heel"—but the "seed of woman" shall inflict on Satan a final and mortal wound—"He will bruise your head." This Messianic promise was fulfilled through the virgin birth of Jesus and through His death and resurrection.
Isaiah 7:14 says, Therefore the Lord Himself shall give you a sign: The virgin shall conceive, and bear a son, and shall call his name Immanuel. The Hebrew word translated "virgin" in this passage is almah and refers to a young woman of marriageable age, but would normally include the idea of virginity, since that was expected of a young Jewish woman being married for the first time.
That "virgin" is an accurate English translation is confirmed by the Septuagint, which uses the Greek word parthinos to translate almah. Parthinos specifically means a young woman who has never had sex with a man. Parthinos is the word used by both Matthew and Luke in their description of Mary, affirming that she was a young woman who had never had sex with a man when Jesus was born.
Further evidence that Isaiah 7:14 is a Messianic prophecy referring to Jesus Christ is indicated by Isaiah's statement that he shall be called Immanuel, which means "God with us." This is a clear statement concerning the incarnation of God in Jesus Christ, and reminds us of the words of Gabriel to Mary that the Son she will bear, will be great, and will be called the Son of the Highest (Luke 1:32).
5. Believed universally by the earliest Christians
That the virgin birth was universally believed by the earliest Christians is verified by "The Apostle's Creed," an early confession of faith that dates from the second century and was used throughout the church. By including the virgin birth in their creedal statement, these early believers made clear that they considered it an essential doctrine of the Faith. The Creed reads in part:
"I believe in God the Father Almighty, maker of heaven and earth;
And in Jesus Christ his only Son our Lord:
Who was conceived by the Holy Spirit, born of the Virgin Mary" (emphasis added).
This belief in the virgin birth was confirmed by the Nicene Creed of A.D. 325 and has continued to be the belief of Catholic, Eastern Orthodox and Protestant Christians.
Note the words of the 18th century hymn, "Hark the Herald Angels Sing," written by Charles Wesley, an Oxford graduate and Anglican minister, and with his brother John, the leader of the great Methodist revival. Because of the references to the virgin birth, this hymn became a popular carol sung at Christmas:
Christ by highest heav'n adored, Christ the everlasting Lord!
Late in time behold Him come, offspring of a Virgin's womb!
Veiled in flesh the Godhead see, hail the incarnate Deity!
Pleased as man with man to dwell, Jesus our Emanuel!
Hark the herald angels sing, glory to the newborn King!
Conclusion
With such overwhelming evidence for the virgin birth of Jesus Christ, it raises the question as to why there remains so much skepticism about this event and other miracles recorded in the New Testament. This question was answered in The New Evidence That Demands a Verdict by Yale archaeologist and professor Millard Burrows, who said, "The excessive skepticism of many liberal theologians stems not from a careful evaluation of the available data, but from an enormous predisposition against the supernatural."


In other words, the barrier to faith is not an intellectual one, but a heart that is committed to unbelief. Believing in Christ does not require a so-called "blind leap of faith." Any honest seeker who will lay aside their biased presuppositions and consider the historical evidence will also experience the affirming witness of the Holy Spirit in their heart and will know that Jesus was truly born of a virgin. And if that part of the story is true, then we can have confidence that the rest of the story is true as well.

Dr. Eddie L. Hyatt is an author, historian, and Biblical scholar with a vision for Spiritual awakening in America and throughout the earth. His books are available from Amazon and you can read about his vision for America at www.eddiehyatt.com. 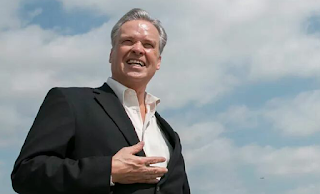